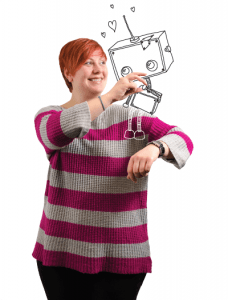 Housing stock in New Zealand can be of low quality and can be cold and damp in winter. We are interested in ways to encourage people to have warm, comfortable and energy-efficient homes.

Our study compares two different types of energy interventions in three different suburbs in Dunedin. In two suburbs, households received a home energy audit, whereby an auditor inspected the house and gave personalised advice. These were actions such as where to stop drafts, installing insulation, or closing curtains after the sun goes down.

People in the third suburb were invited to community energy events, which offered practical hands-on examples, and more generalised advice about what people could do to improve comfort and efficiency in their homes.  With the community events we were interested in whether this would inspire friends and neighbours to support each other in making changes. (Click here for Community energy event evening 1 report and evening 2 report)

In the first two suburbs, the home energy audits were largely successful in encouraging behavioural and practical changes, especially in the suburb where there hadn’t been this kind of advice available before. However it was hard work to get people to commit to having an audit, even though it was free.

In the third suburb, people were very willing to come along to the community energy events.  They were less able to make changes to their houses, as they were mostly tenants.