Rejected energy – why is so much energy unloved?

Home/Energy Cultures 2, News & Updates, Team Blog/Rejected energy – why is so much energy unloved?

Rejected energy – why is so much energy unloved?

I was recently asked about “rejected energy” by a colleague who had seen it on a website about US energy. This shows that US energy flows include a lot of rejected energy. This happens in other countries too, so it’s helpful to understand why so much energy is unloved. So what is rejected energy and why is it unloved? Rejected energy is part of the energy of a fuel – such as gas or petrol – that could be used for a purposeful activity, like making electricity or transport. However, because of the technologies that we currently use to consume fuels a lot of it gets tossed out by turning it into heat in the environment, which is totally useless. For a coal fired power station, for instance, about 2/3 of the energy released when the coal is burnt is discarded as heat in the environment. This reject energy sometimes appears as clouds of vapour coming off a power-station’s cooling towers, such as the well-known ones at Didcot in England. 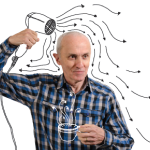 Of course all this rejected energy is a terrible waste, but we can’t do much about it because we don’t currently have better ways of using coal to make electricity. The reasons for this have to do with the how hot you can safely run the power station boilers.  Operators are scared to push this temperature up because if they break the boiler, it’ll make a big costly mess, and they’ll be out of a job. Cars are worse than conventional power stations. About ¾ of the energy in the fuel is converted into heat by the engine, appearing as a flow of warm air off the “radiator”. Again it’s a crashing waste, but it’s the best we can do with current engines. I think if engines were not so good at disposing of all this waste heat, and if we were not so used to accepting it, people would be up in arms.

It is likely this will change if/when we are successful in finding ways to run cars, trucks and buses and planes on electricity. Basically there will be much less rejected energy because the energy systems will very efficient. Much less energy will be unloved, which will be good for the environment. When this will happen is uncertain. In the meantime, there is something to do: some power stations running on gas can turn almost 2/3 of the fuel energy into electricity. These “combined cycle” power stations have a big jet engine linked to a steam power station in a single unit. They are much more carbon efficient than older coal fired stations and reduce the average CO2 emissions by some 56% (de Gouw, et al. doi:10.1002/2013EF000196).

So that’s why there is quite a big push for more gas at present. This makes sense in countries with a big fleet of coal fired power stations, which means most countries other than NZ, Norway, Austria and Iceland. This might look like a delaying tactic by the fossil-fuel people and you have to agree it’s not as good in terms of carbon reduction as solar and wind. But it’s a technology that can be scheduled, so it slots into the current power system easily. I think the claim that it’s a good transition technology has merit and it’s a step in the right direction. Of course, when batteries cost zip and they pay you to install solar panels, the power companies will be really nice to their customers and I’m looking forward to it.

About the Author: Gerry Carrington