Could electric cars be bad for the environment?

Could electric cars be bad for the environment?

The world it seems is falling in love with electric vehicles. While there is still a small base they are growing, both in numbers and variety. There is significant growth in electric vehicles, from small cars to big SUV’s and high performance sports cars, from electric bikes to scooters. They are also getting cheaper, and in New Zealand they are likely to become an attractive option for increasing numbers of people who are in the market for a new and second-hand vehicle. Interest is increasing and it seems that investment by vehicle manufacturers is bringing to the market an increasing number and variety of vehicle options. Furthermore, as around 75 to 85 per cent of New Zealand’s electricity is generated from renewable sources we have the advantage of not having to charge batteries using fossil fuels. With all this going for them it is likely that EVs are going to become an increasing part of our future transport landscape. 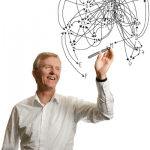 As private passenger vehicles make up a major proportion of these new electric vehicles, shifting their fuel from fossil fuels to renewable sources makes sense, given that around 75% of the CO2 emitted by cars, is from fuel usage (the other 25% coming from production and fuel supply infrastructure). The logic is simple, more people driving EVs, leads to lower CO2 emissions, and it is easy to see why EVs are being presented as a major part of a sustainable transport future. I have no argument that the use of electric motors, on a wide range of vehicles, private, public and commercial is a good thing. However, there are some dangers.

My concern is less with the logic of shifting to electric vehicles than the fact that car use, regardless of the fuel used, has significant negative impacts, and while the application of EV technology does go beyond cars, it is potentially reinforcing cars as the dominant transport mode for moving people. Whether the ongoing development of electric bikes and scooters will get people out of their cars, or result in current cyclists “upgrading” is unknown. What is known is that our current transport culture is heavily car-focused and there is a danger that EVs, with all their advantages will serve to support the dominance of cars by overcoming one of their major disadvantages, namely their contribution to climate change through CO2 emissions. EVs make the private car more appealing to those who are increasingly concerned about climate change by emphasizing its ‘clean exhaust’. If concern about climate change was a potential threat to the future of private vehicles, EVs are the motor vehicle manufacturers’ answer to that threat. What is ignored in this story however are the enormous social and environmental effects of all those private vehicles transporting people around.

To give just one example. NZ, like Australia and the United States, has extensive urban sprawl, which would not have been possible without the motor vehicle. Urban sprawl makes it difficult to develop the effective public transport systems that we see in the more densely populated cities of Europe. There are many reasons for this, but our ability to move freely in our cars and the availability of relatively cheap land on the urban fringes has contributed greatly to the development of urban sprawl. This has led to a situation where much of what people want and need is hard to get to unless one has a car. Urban sprawl and private vehicles are connected in a mutually supporting reinforcing cycle, leading to the decline of the ‘local store’, the rise of shopping malls and supermarkets, and very high levels of car ownership. This also serves to support those whose preference is to move people ‘out’ rather than ‘up’, ensuring the continuing need for private cars, and the shift to public and active transport even more difficult. This is very evident within the current debate in Auckland, with the Council wanting to create a smaller, more densely populated city, while the Government is pushing for more development beyond the city limits, where cheaper land will, they argue, allow for great numbers of houses to be built. This is exactly the same thinking that has driven suburban development since the 1950’s.

EVs are an attractive option, especially given that we can charge the batteries using the electricity generated by our lakes and rivers, because there is a very clear link between the fuel source used in cars and CO2 emissions. However, they also allow current transport policies and practices to continue unquestioned, and may end up reinforcing our love affair with cars, thereby reducing our efforts to bring about the fundamental shift in our thinking that is going to be required. This shift is not just a shift in thinking about transport, but a broader shift in thinking about sustainability, in which transport options influence and are influenced by other choices we make, land use patterns being one example. Given that over 50 per cent of New Zealand’s population live in our four biggest cities, public and active transport could be a real option for the majority of New Zealanders, if we had the will to change our thinking about our cities and how we move about within them.

We live in a finite world and everything is fighting for time, money and attention. If we continue to focus on better private vehicles, even if they are electric, then it will be increasingly difficult to develop an effective and efficient public transport system. The fact is, that while the EVs may be fuelled from a renewable resource, the infrastructure needed to support them is not, and continued investment in cars, of whatever fuel source, leads to less investment in public transport. If we want a sustainable transport future for NZ, EVs have a part to play, but we have to be careful that they do not simply allow us to continue our attachment to private passenger vehicles, driving policies and practices that make effective public and active transport systems more difficult. It is shifting the mode of transport we use that is going to have the biggest impact, not just the changing fuel we use.

Let me know what you think in the comments below.

About the Author: Energy Cutures

New Zealand's transport and business sectors have the greatest potential for significant energy savings, and increased competitiveness through energy efficiency. Households also have much to gain through warmer, drier homes and energy savings. Energy Cultures 2 is a 4-year research project to develop the knowledge and tools to achieve these changes.