What do we do in New Zealand about the emissions and fuel efficiency of our vehicle fleet?

Home/Energy Cultures, News & Updates, Team Blog/What do we do in New Zealand about the emissions and fuel efficiency of our vehicle fleet?

What do we do in New Zealand about the emissions and fuel efficiency of our vehicle fleet? 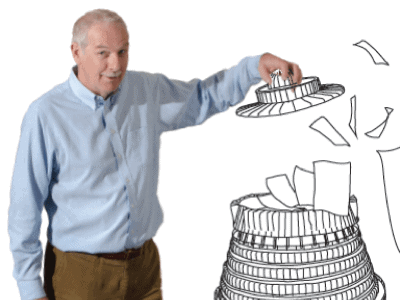 Not much. Does it matter? Yes, it does. And what can we do about it?

Vehicle exhaust emissions matter from a human health point of view. Motor vehicles produce fine particulate matter, unburnt hydrocarbons, nitrogen oxides, and other pollutants. The fine particulate matter alone was estimated in 2002 to cause 399 premature adult deaths per year. That’s a lot. Compare it with the death toll from road vehicle crashes, 297 in 2014. Vehicle emissions matter to the global climate. The transport sector, dominated by motor vehicles, contributes 19% of New Zealand’s total GHG emissions. In addition there are sound economic and energy security reasons why fuel economy matters even like now when oil prices are low.

There are four different types of regulatory lever used in different countries to improve vehicle emissions.

The Land Transport Rule: Vehicle Exhaust Emissions 2007 is made under the Land Transport Act 1988. It regulates emissions of substances directly harmful to human health, but not carbon dioxide emissions. New Zealand government policy is to follow the Australian Design Rules, which allow different standards but mainly the European Union’s regulations. There is a lag behind Europe of four or five years in bringing the standards into force; for example, New Zealand is in the course of introducing the Euro 5 standard 2013-2016, while in Europe that occurred in 2009-2011.

But we do not test vehicles for their compliance with this emissions rule. The result is that the original manufacture of the vehicle complied with rules such as the Euro rules (unless it is quite old) but the vehicle’s current emissions performance will not have been checked unless it is spewing out visible smoke. Given that the average vehicle in the New Zealand fleet was manufactured 14 years ago, that is a lot of potential for the performance to weaken. New Zealand is an exception in its failure to test vehicles for emissions. Most US states and Canadian provinces have routine compulsory inspections for much of their fleet.

As for fuel efficiency or GHG emissions, New Zealand does nothing except the labelling requirement. Most countries use fuel efficiency regulations to require vehicle manufacturers or importers to improve the energy efficiency of new light duty vehicles. Over 80% of global new passenger car sales are subject to such regulations. (The US, Canada, China and Japan have also adopted them for heavy duty vehicles.) Of developed countries, New Zealand seems to be accompanied only by Russia and Australia in not having such regulations. (Australia has had a voluntary scheme.) New Zealand and Australia are far out of step with normal practice internationally. Even Saudi Arabia is introducing a CAFE standard.

A fuel economy standard was considered in 2008, but after a change of government it was dropped. The government said that the standard would be complex and that its costs would outweigh its benefits. It noted New Zealand has included vehicle fuels in its Emissions Trading Scheme, and that there was a voluntary trend towards more efficient vehicles.

Is it enough that petrol and diesel are covered by the Emissions Trading Scheme? Not really. They are covered by the general watering-down of 2009 to surrender one unit for every two tonnes of emissions, and the price of New Zealand units has never become significant. In any event we need an “all of the above” approach to the huge problem of climate change, not just one instrument. Efficiency standards are found in many countries and jurisdictions where there is also a general price on carbon, such as the EU, California, British Columbia and Quebec.

We do not factor in the real costs of air pollution or GHG emissions. To tackle those costs, we need a cleaner and more efficient vehicle fleet. The fleet improves gradually with ordinary technical and economic forces, but we need to accelerate the change significantly. Technically, it is quite possible to do so. Introducing regulations for fuel efficiency or for GHG emissions, is probably the single most effective step New Zealand could take to reduce its emissions. At the same time we should move to test vehicles for compliance with vehicle emissions standards in order to reduce the human health impact of our vehicle fleet. Taking these two steps would bring us into the international mainstream.

I’d be interested to know your opinion in the comments below.

Barry Barton is a Professor of Law at the University of Waikato, and Director of the Centre of Environmental, Resources and Energy Law.

About the Author: Barry Barton