Just because we survived, does a cold scarfie flat have to be the norm?

Home/News & Updates, Team Blog/Just because we survived, does a cold scarfie flat have to be the norm?

Just because we survived, does a cold scarfie flat have to be the norm? 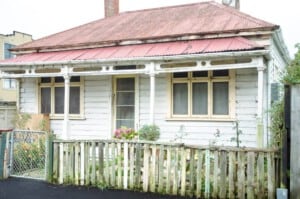 Having recently finished an interesting teaching semester I thought I would share some of the insights from working with students on assignments to bring about change toward sustainability in their lives. I teach a 300 level paper titled “Organisations and Sustainability” which has between 60-70 students per year. It adopts a holistic perspective to sustainability and has a strong theme of encouraging thinking about managing organisations in a future that is vastly different from today. This premise is underscored by two key phenomenon – climate change and the inter-related process of resource scarcity. We consider just how these two significant driving forces will change what is often thought of as business-as-usual. Therefore I consider my role as the lecturer as a facilitator of ideas, theories and discussions on future states to prepare students to manage organisations in this ever-changing world.

To set essay assignments would seem a little at odds with this approach, so I’ve been setting various assignments to encourage students to examine some aspect of their own life in relation to what might be thought of as ‘sustainable.’ This involves calculating a carbon footprint and in the past has involved University waste audits. This year I devised a new assignment whereby students examined their rental accommodation and explored ways to bring about change to improve their Dunedin ‘scarfie flat.’

The first part of the assignment was to measure the current situation, given that the assignment is created with the assumption that change is needed – there is a need to identify whether that is indeed correct. We did this through two mechanisms. First, the students assessed their flats using the Warrant of Fitness (W0F) standards developed from the Sustainable Cities research group from the Wellington School of Medicine. Second, thanks to colleagues in the Physics Department, students used ibutton technology to measure the temperature in their bedrooms for 3 weeks.  Overall 75% of the rental accommodation experienced by the students failed. Some further facts include:

One flat failed due to not having a secure door

Temperatures were measured over three weeks from Tuesday 1 September – Monday 21st September. During that time there were varying external temperatures from snow  at 5.5° to a sunny day of 21.7°. Some findings include:

Using eco-innovation as a framework to think about determinants for change students then explored how change might occur. Similar to processes for change for eco-innovation or sustainability, often in organisations change is a combination of factors with some drivers being more dominant than others. For this situation students explored policy opportunities, market based change and their own behaviour as a way to change. Two overwhelming aspects emerged from their discussions around factors for change.

First, most students identified that some sort of policy will be needed to facilitate change to rental accommodation – they were surprised that it was so lacking currently. Second, they recognised the role of norms (through using the Energy Cultures Framework to analyse the situation) on the way in which they, as part of the market situation, did not demand better rental accommodation. Indeed it seemed that many were surprised in the conclusion of their assignment that they were not demanding better standards for themselves.

It would seem the ‘rites of passage’ of cold, draughty scarfie flats are something that happens in the second year – known as the big party year, but that as they were in at least their third year of study, having a warm operational place to live became more of a priority. The fact that many students were not achieving that level of rental accommodation and also not demanding it can be usefully explained through the Energy Cultures Framework. That is, the norm and expectation of having a cold flat is dominant and the practice of not heating that cold flat continues…and the lack of a material culture that could potentially support alternatives to heating such as solar gain, insulating the house or double glazing means that the majority of the flats are substandard and not being heated effectively.

What could make a difference? Changing what can only be called energy poverty is a tricky issue – however the demographics of this sample may be that which makes the difference. Here we have a group of young people who are eager to learn (another assumption about a University student) and if knowledge is important for changing norms then perhaps change could occur through providing knowledge about how to choose a warm flat and how to heat your flat in winter. At Otago we help students develop in many different ways perhaps one of those ways involves understanding energy cultures and challenging the somewhat out-dated norms of having substandard, cold and draughty scarfie flats.

Just because we did it, does that make it right? 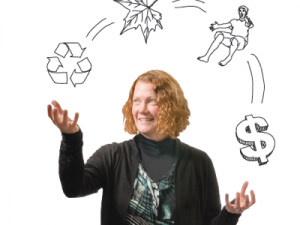 About the Author: Sara Walton