The potential for electric vehicles in New Zealand

The potential for electric vehicles in New Zealand

There is huge potential for electric vehicles in New Zealand because of our vast renewable energy sources.  From a sustainability perspective, this is quite important, as it could offer a way to reduce our carbon emissions. Transport consumes the most energy in New Zealand. In fact, over a third of all energy consumption in the country comes from the transport sector. This is the second largest contributor to greenhouse gas emissions after agriculture 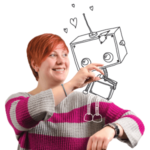 Being ‘green’ is not the only reason people choose electric cars however, especially for people who are early adopters. Low running costs and maintenance are one of the main draws of electric vehicles. There are also a group of technologically savvy hands-on Kiwis who thrive on the challenge of converting their own traditional petrol or diesel powered cars into electric vehicles. Some also do it as a way to show others the possibility of back-yard tinkering. There are quite a few conversions of this kind that have taken place in New Zealand over the last few years.

Micro electric vehicles, such as electric bikes, are also becoming more commonplace. In fact, one business sold over 1000 micro electric vehicles last year and they expect sales to increase this year. Electric bikes have all the benefits of a traditional bicycle, such as exercise and fast travel within cities but they also help climb hills and overcome headwinds while being cheap and efficient to run. This option fits with an outdoor lifestyle that some people enjoy.

Prices for electric cars are also dropping and this may make them more attractive to buyers. But other issues are also important for buyers, such as the current charging infrastructure. For urban commuting, the range an electric vehicle can travel without charging is sufficient. However, weekend range anxiety can set in for longer trips away. More charging stations around the country would relieve these worries. For people that already have or are considering installing solar panels on their homes, charging from sunshine gives them the feel good factor of having their car powered solely from renewable energy. Greater governmental incentives, such as tax breaks, public charging facilities or purchase incentives could encourage greater uptake of electric vehicles.

Interestingly, when people do buy or convert to an electric vehicle, their travel behaviour tends to change. They plan their trips in terms of getting more done in a single trip and therefore reduce their overall trips made. They also tend to drive more smoothly and efficiently because they are more aware of the energy they are using.  This suggests that choosing an electric vehicle is part of shift in their overall energy culture.

New Zealand has the potential to be a leader in terms of reducing transport carbon emissions because of the high percentage of electricity produced from renewable sources. To fulfil this potential, New Zealand could provide better charging infrastructure and greater financial incentives to increase the uptake of electric vehicles.

About the Author: Michelle Scott