I’ve got the power!

Home/Energy and Households, Energy Cultures, Team Blog/I’ve got the power!

I’ve got the power!

Over the last hundred years people in the developed world have become used to a system where electricity flows from centralised power plants, along 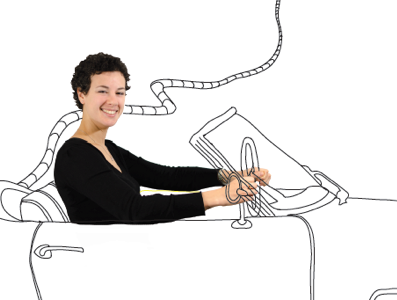 transmission and distribution wires, and into our homes to power our appliances. But new technologies are starting to move in to people’s homes and may change the way that system works.

In the GREEN Grid research program we’ve been exploring the uptake of some of these new technologies. Our research has shown a rapidly increasing uptake of solar photovoltaic systems on homes and businesses across New Zealand (see Fig 1). At the same time, battery prices are dropping (as indicated in this recent article in Nature), electric and autonomous vehicles are becoming more prolific globally, and a report by Technavio is predicting that the home energy management system (HEMS) market will grow by 27% in the next 4 years to over $2 billion. A recent report has identified that these systems enable households to more actively manage their energy consumption by providing them with a combination of information about their energy use, prompts to modify their consumption, and the ability to control appliances remotely (e.g. via smartphone apps) or through setting schedules.

Figure 1: Cumulative PV installations from January 2009 through August 2015 (courtesy of the Electricity Authority and the Electrical Power Engineering Centre at the University of Canterbury) 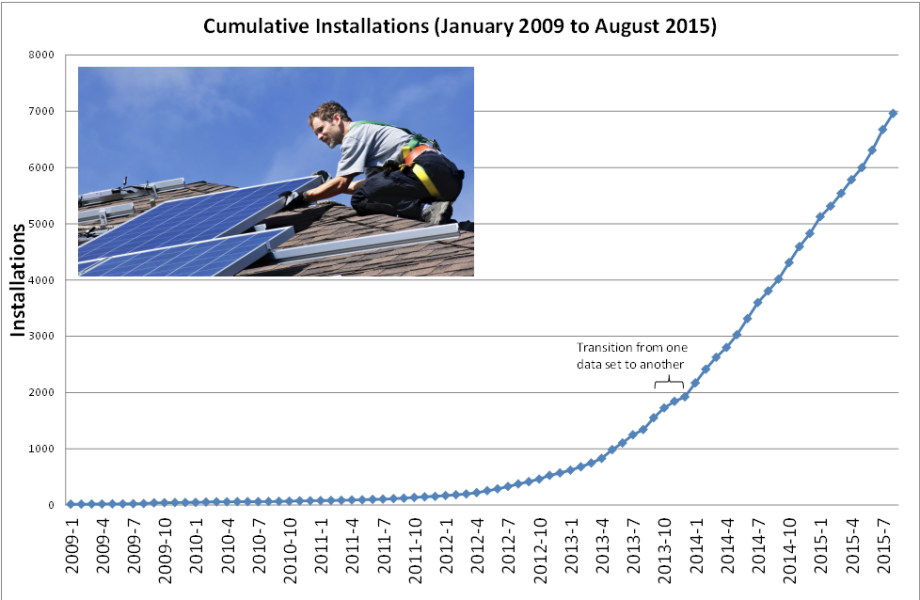 So what does all this mean for the electricity system?

First off, it’s starting to disrupt our traditional models of how a power system operated. The more power that is generated by the solar panels we put on our homes and businesses, the less that we require from power companies. Secondly, it’s starting to change our demand patterns.

As part of the GREEN Grid research we’ve been kitting up homes with power monitors to see how electricity demand varies over the course of the day, and despite the substantial variation observed among the homes, we’re seeing some common patterns of use. In particular, half the homes monitored showed two clearly defined peaks of energy use; one in the morning and one in the evening, with a drop in energy consumption during the middle of the day and at night.

Solar generates the most power during the middle of the day (when demand tends to be low) and less in the evening or early morning. This means that in the middle of the day, solar-powered homes will be drawing less power from the grid than they would otherwise, and may even be generating more than they consume and selling power back into the grid at this time. Where households have electric vehicles, these tend to be charged in the evening after returning home from work, increasing the energy demand during a time period when it is already high.  The combined impact could mean that the national daily peaks in consumption end up even higher.

This could impact on how and when New Zealand’s power stations need to operate, as well as the ability of the transmission and distribution networks to cope with these new demands. And while this isn’t a problem with the small levels of uptake we have seen to date in New Zealand, work conducted in the Energy Cultures 2 and GREEN Grid research programs indicate that 50% of New Zealanders would be willing to install PV in the future. This figure rises to 60% if the cost of buying and running solar was significantly less than the cost of a power from the national grid. As power prices continue to increase year on year, and solar prices continue to decrease as the technology improves, this could spell trouble for the electricity industry if not well managed.

We are at a junction. New Zealand is lagging behind other countries in terms of uptake of these new energy technologies (solar, electric vehicles, storage systems, HEMS) and this provides us an opportunity to learn from the others experience. We have to think carefully about the challenges ahead and the changes that are being driven by technological, social, and ecological shifts. We need to consider the future role of a growing number of prosumers (those who are both consuming and producing energy), as well as households that invest in battery storage and HEMS, alongside the role of more traditional players in the electricity sector (generators, power companies, and lines companies). We have the opportunity to explore new models and management for our existing infrastructure, but this can only happen if we are able to understand how these changes might cumulatively re-shape the operation of New Zealand’s future electricity system.

We need to understand changes happening at the grassroots levels, improvements in technologies, policy settings, new and emerging market opportunities and business models, and mechanisms for managing energy across the entire grid. This is something we aim to explore in the GREEN Grid research project, and we would love to hear more about what you think New Zealand’s energy future is going to be like.

Dr Rebecca Ford is a transdisciplinary scholar whose research focuses on energy and the emerging technologies that facilitate transition to a more sustainable future. She is the Deputy Director and a Senior Research Fellow of the Centre for Sustainability at the University of Otago, and an Honorary Research Associate at Victoria University of Wellington.

About the Author: Becky Ford